In Brighton, and probably beyond, everyone’s a photographer. Cheap digital SLR cameras have encouraged a whole new generation of people to pick up a camera and try to make some extra money, moonlighting from their weekday jobs, photographing someone’s wedding. Brides like these amateurs because they seem very cheap, which is all very fine and good until they get the photos back and realise they should have gone to a professional. 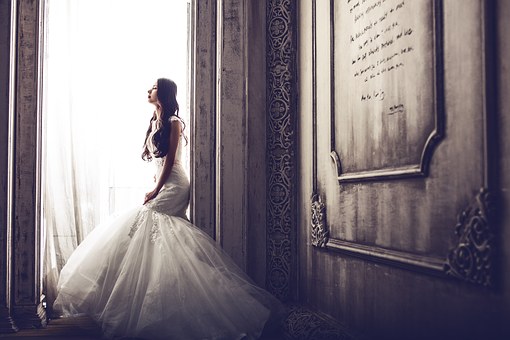 On two occasions recently, brides have contacted me to ask if there’s any chance I could rescue them. They delivered the photos to me that they paid someone else to take, along with photos gleaned from their family & friends, taken on all manner of cameras from iPhones to consumer DSLRs. One of the brides was in tears as she handed over the carrier bag of CDs and memory cards and begged me to tell her I could do “some magic” to turn them into the body of photographic memories she had dreamed of. Of course there’s things one can do with brightness, contrast and colour problems – but ultimately if a photo is poorly composed then there’s nothing that can be done other than to discard it and move onto the next shot. Luckily for both these brides they’d been at least partially rescued by their family & friends. Generally their photos were poorly exposed – either over or under exposed – but at least sometimes they composed a reasonable shot. The photographers they’d paid to capture the day, alas, though they’d put themselves forward as professionals, had utterly failed to capture more than a few worthy shots in each case. All this editing work took a good week of work for each wedding before I could even design their albums. I sent both brides away with a lovely hand made album cobbled together from what I could salvage, and a hefty bill, which in each case was more than it would have cost to hire me originally.

The moral of the story is caveat emptor – buyer beware – and don’t dare to think that wedding photography is something easy that anyone can do just because they have a mid-range digital SLR camera. You get what you pay for, and as I am always telling people, unless you can see several weddings-worth of work from a photographer demonstrating his or her ability to capture great shot after great shot, hundreds of times over, don’t book them. If you do, you’ll be regretting it for the rest of your married life… unless you pay even more for a professional wedding photographer to rescue the day.

Previous postWhat Is Pre Wedding Photography And Its Purpose

This website uses cookies to improve your experience while you navigate through the website. Out of these cookies, the cookies that are categorized as necessary are stored on your browser as they are essential for the working of basic functionalities of the website. We also use third-party cookies that help us analyze and understand how you use this website. These cookies will be stored in your browser only with your consent. You also have the option to opt-out of these cookies. But opting out of some of these cookies may have an effect on your browsing experience.
Necessary Always Enabled
Necessary cookies are absolutely essential for the website to function properly. This category only includes cookies that ensures basic functionalities and security features of the website. These cookies do not store any personal information.
Non-necessary
Any cookies that may not be particularly necessary for the website to function and is used specifically to collect user personal data via analytics, ads, other embedded contents are termed as non-necessary cookies. It is mandatory to procure user consent prior to running these cookies on your website.
SAVE & ACCEPT