Myself, like many other photographers who don’t have the desire to knock out their own website (besides – like I have to to learn flash) turn to a variety of template hosting companies that are designed around photography and the arts. One such company is bludomain. Based in Colorado bludomain has some outstanding templates and at good prices. You have the option of hosting with them or hosting your site on another providers server. They occasionally have growing pains – but I think I’d rather deal with a company that is having issues keeping up with their growth than the opposite. 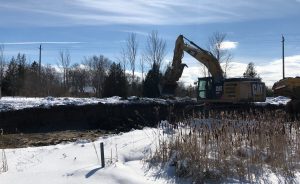 The old white site was also a bludomain site.

And while it worked well, the increase in weddings and the desire to break those out to a separate site made me head back to Blu to shop new templates. I found not one but two I really liked and though suited the theme I wanted well. So I made a terrible mistake (at least for my budget), I asked my wife Linda which she liked better. Her idea was that they both looked great and either would work, BUT that then the old template would look out of sync with it – and that I should get both, one for weddings and one for portraits. Well it wasn’t hard to convince me. Two templates later and the work to populate stated. I still have the white template hidden as well – at some point I might release that site as an fine art site.

So now I have my wedding site:

And my portrait site.

Both different yet similar in styles.

So the positives of the templates is both cost and easy setup. Setting up the site isn’t any harder than setting up a blog or myspace.  On the negative side – you do sometimes have limits on how much you can tweak the design. The two new templates I got I can’t customize too much on other than the pictures. Now with some of the templates there could be hundreds of the exact same template in use – after a while it’s hard to tell which photographer had which site. Both the new templates are from a limited edition run which should help limit that a little.

This website uses cookies to improve your experience while you navigate through the website. Out of these cookies, the cookies that are categorized as necessary are stored on your browser as they are essential for the working of basic functionalities of the website. We also use third-party cookies that help us analyze and understand how you use this website. These cookies will be stored in your browser only with your consent. You also have the option to opt-out of these cookies. But opting out of some of these cookies may have an effect on your browsing experience.
Necessary Always Enabled
Necessary cookies are absolutely essential for the website to function properly. This category only includes cookies that ensures basic functionalities and security features of the website. These cookies do not store any personal information.
Non-necessary
Any cookies that may not be particularly necessary for the website to function and is used specifically to collect user personal data via analytics, ads, other embedded contents are termed as non-necessary cookies. It is mandatory to procure user consent prior to running these cookies on your website.
SAVE & ACCEPT